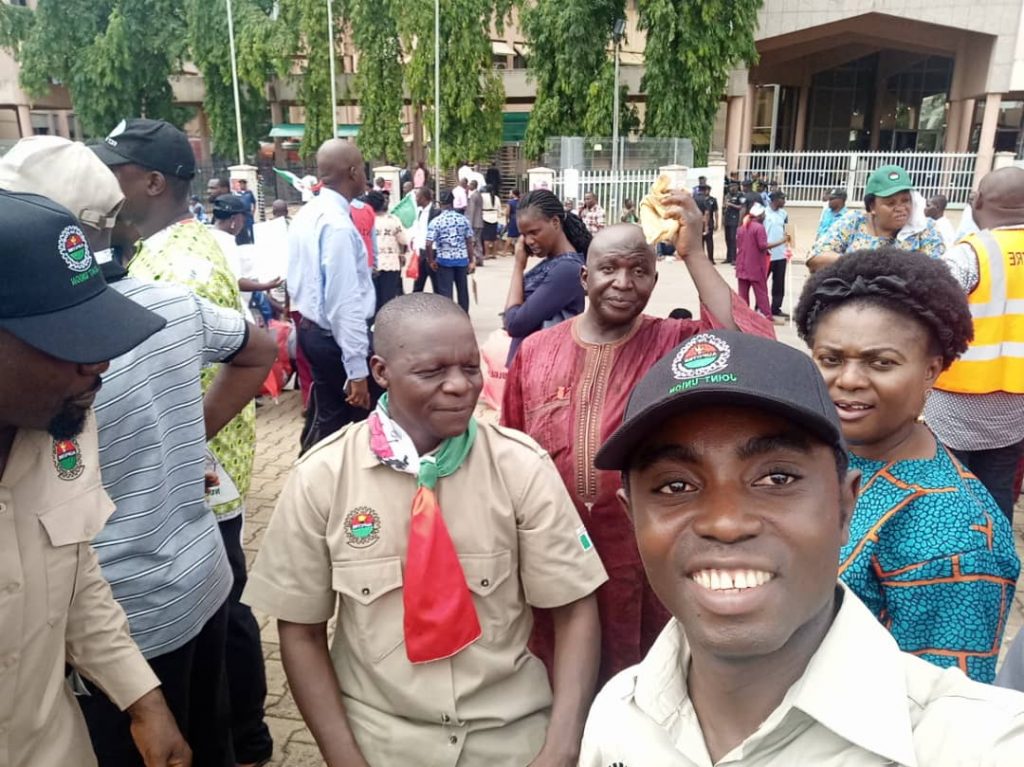 UNION IDEOLOGY
The Fundamental Ideals and Focus of AUPCTRE recognize that trade unions are essentially class organization of workers. That being the case, its membership are part and parcel of the working class irrespective of their ethnic, regional and religious affiliations and not members of the conservative and or business-class, that is, the national bourgeoisie who irrespective of their ethnic, regional and religious affiliations are united either in business, boardrooms, political parties, highbrow social clubs and seek to influence or control government largely for the benefit of their class while claiming to govern in the interest of the people and nation but also committed to sustaining extremes of affluence of a tiny minority and extreme of poverty the vast majority of the people including the pauperisations of the so called middle class. For them, social justice is narrowly defined to exclude economic justice. For them, feudal and neo-feudal conservative features of inequality are ordained. For them, social mobility should be the exception. For them, the more poverty persists, the stronger their promotion in the society. For them politics and governance should be the exclusive preserve of the privileged or their stooges. For them, ethnic, regional and religious cleavages must be constantly fanned in order to divide the people and entrench their dominance. For them, the market and profit is the cardinal determinant of the State, prosperity and national well-being. For them, therefore, success in life is interpreted in terms of personal prosperity at the expense of general development and well-being.
On the other hand, the working class and their allies, that is, intellectuals, professionals, youths, unemployed, (social democrats) – socialists with whom they have shared common values of commitment to social justice such as economic, social and political rights; the need of a State, that is, governance, that would genuinely serve the interest of the nation, promote social mobility by ensuring the right of all Nigerians to knowledge, skills and basic needs; advocate politics and governance based on ideals and open to every citizenry without constraints of wealth and status.
For the social democrats/socialists which the working class are an integral part, there is an inherent commitment to the right of the citizenry to full and decent employment, the right of workers to decent wages that would guarantee basic needs and the right of workers and trade unions to co-determine with employers their conditions of employment.

The ideology of the national bourgeoisie and their cohorts is capitalism in its various manifestations like: the sovereignty of the market, money, privileges and property. The ideology of the working class, their trade unions and allies is that socialism in its various manifestations including social democracy- of Centre and right. Social democracy is also a variant of socialism and shares with it some basic features.
One major difference between the national bourgeoisie and social democrats is what should be the character of the state and its role at various levels of development.
For the national bourgeoisie, the State at various level of national development should consistently give in to the dominant role of private enterprise and the market, even where the private enterprise represents foreign monopolies and not indigenous.
For socialist and social democrats, the State, in particular at the stage of under developing or under-development, must be a developmental and patriotic state existing with private enterprise and instilling in them social responsibility to the needs of the nation.
The above analysis compels the Ilorin NGC meeting to adopt social democracy as the minimal ideological stance of the Union. This means that leaders of the Union at all levels are expected to espouse socialist or social democratic ideology, their values and norms, ethic and ethos while also developing same rank and file members by:

Developing and imbibing in them trade union consciousness of collectivism and solidarity among workers;
Developing and instilling in them social consciousness, that is, special democratic ideology and its concept of politics and the State.
If the Conference-in-session accepts the validity of the Ilorin NGC document and by that endorses social democracy as the union’s minimal ideology, it becomes necessary to define, consistent with the ideals of social democracy:
The purpose and ideals of the Union.
The Union’s position on labour and politics.
The Union’s position on the economy and major social issues.
Trade union interaction with Government Executives and Legislature
Trade union issues: